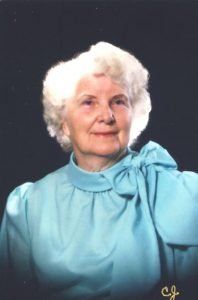 Do what thou wilt shall be the whole of the Law. –AL I:40

With every religion a process of deterioration begins which is caused by persons of little attainment in spiritual matters. In other words, ignorance of varying intensities. They begin to add their own views, which are limited by the little ego, to the original work of the prophet, the highly enlightened one.

Thus, in Buddhism we see the incorporation of ancient ways, of magical knowledge, of practical means wholly connected to the part of the world where the persons who adhere to Buddhism are living. Gradually, the purity of Buddha’s wisdom and spiritual advice gather an accretion of practices, thinking and habits of the particular part of the world where his teachings are known and attempted. His work and teachings reach but few persons in their purity. As for the bulk of those practicing the religion, their ancient beliefs and ways bog down the religion until it no longer has its original meaning. Thus, the religion dies out from a plethora of ignorance and entanglement in the little ego of those who profess it and attempt its methods and ways of life.

The same thing has happened to Christianity. One only needs to look at its history to see how people vie for power who have no real illumination. How they fasten their own small beliefs and ways of life onto the original purity. One sees complete disbelief and apathy and ignorance of what Christ taught. In time the religion becomes a monster of hatred for others who do not think the same as those in power.

This also has happened in Islam. Today we see demonstrated the hatred for non-believers, the primitive emotional reactions and the superstitions in full force.

Thelema was meant to cure some of this but unfortunately the same process has started even while it is still a very young religion. Some of the ignorance of our Holy Book, Liber AL, is hidden in the by-laws of the OTO. Also the present OTO is not what Crowley intended. It is plain to see that there are no revolutionaries to advise those who hold the power. Therefore, there is only one way to think and act, and those are the methods set before us in the by-laws which were formed by those who have little or no spiritual illumination. They do not want their power to be questioned, or their little egos to have a set-back. Therefore the OTO is turning into a dictatorship.

Crowley said there were to be few rules in a Thelemic community but today we have too many rules and regulations. Some of which do not work well at all.

The beginnings of the shadows which overwhelmed the religions of the past can be seen clearly by anyone willing to look in the performance of the Gnostic Catholic Mass. Here are a few examples: but first let me quote from Liber AL.

“Let the rituals be rightly performed with joy & beauty.”

“Be not animal, refine thy rapture.”

The Mass is a celebration of the powers and formation of the Universe and an out-picturing of these powers as seen in human life, which is a mirror of the Truth.

Nuit is not the same as Hadit. The latter is that mysterious and unknowable speck of energy which hides in the bosom of Nuit until ready to take its place at the production of phenomena.

Thus, to begin, the Mass shows the appearance of Hadit from the womb of the mother. The priest represents Hadit and the Priestess is Nuit who makes all things possible for the unknown speck of energy.

And yet, earlier in the performance of the Mass, a woman took the place of Hadit or the Priest and a man pretended to be Nuit. Does the man have a womb? Does the woman represent the beginning and mysterious energy of the semen? How crazy these persons were to switch roles! Complete ignorance of how any person at all came to born of woman!

In another experiment, the Priest decided to disappear behind the curtain while the Collects were being read. Soon the audience heard the Priestess say, “What’s the matter?” He replied, “I can’t get it up!”

Then there was the Priestess who didn’t like to be pinched on the bottom by Grady. This went on until she realized she was in a barbaric country and she had the option of donning her garments again before the curtains were drawn aside.

Today the barbarism still lingers when in a certain Lodge the Priestess is touched and fondled and drooled over when the adherent has taken the wafer and the wine. She also, in this Lodge, does not understand that she is being animal when she pretends to have an orgasm.

The refinement of rapture exists in the spiritual realms and not in the gross, physical reactions of the body, which are only animal sex with no love in their involvement.

The Mass was designed to bring out in the participant a sense of awe and wonder and worship as the beautiful words make clear that the Universe was formed from the union of opposites. Men and women are the embodiment of this mystery, as are all forms of life on the earth. The ritual is also a spiritual guide to the union of the human opposites. It is truly “as above, so below.” Persons who have refined themselves, who have controlled the animal, can be helped greatly in their spiritual growth by an intimate knowledge of this ritual. But some of the actions that happen by those who are not aware of the subtle energies and meanings of the words can ruin some of the effects the Mass was meant to produce.

The Priest and Priestess together have performed a miracle of union which spreads throughout the Temple and catches up the viewers into another realm of spirit.

But when this is to be made evident and earthed, as it were, by the taking of sacrament by each person, the Priest disappears and breaks open and scatters the subtle energies by leaving the side of the Priestess and going to the other end of the Temple. He usually stays there until everyone has taken the cake of light and the wine. He returns then, and blesses the congregation. But what use is the blessing?

He has dispelled the magic.

When he disappears he leaves the Priestess alone to bring down the powers of Nuit. But how can she when there is no Hadit to interact with her? If he is too old and tired to stand there when there is a large crowd, it would be much better if a chair could be provided for him at this point.

There is a parallel in human life when the father of the family leaves and the nurturing of all the children is left to the mother. This is one of the sicknesses of our age so why act it out when it was never a part of the Mass?

Then when knowledgeable persons take the sacrament, they look toward the Priestess and the altar for signs that she has truly brought down the presence of Nuit. Those who look at the audience to say their short speech are in the mode of the little ego which seeks approval for its actions. The little ego and pride of the individual is then celebrated by the shouting of “Oyez” and other noises. Who can continue to feel the beauty of the ritual under such circumstances? The Mass becomes a circus, its true message is lost.

Those are my opinions. Take it or leave it, o ye of little knowledge of subtle energy and even less spiritual growth.